It’s taking too long. Too long indeed that made me enjoy this too much. As it took times, it took tears and joy as well. A simply amazing storyline with outstanding plot. Clannad that is.
A nakige where the true path of the main story itself isn’t as simple as picking the best choice along or following the flow from the anime ver, but rather complicated one by one accomplishment for each must-clear-route and obtain a certain number of light orbs. As each of choice is quite determining for the path ahead, it’s like playing this with no support of something, say walkthrough, would takes even more days to achieve perfect ending. Fortunately, there is really a walkthrough to get this done whilst enjoy the sweet bitter story. Though, even with walkthrough, I still need some times due to daily activities, assignments, school, classes, anime, and sleep.

Giving quite impact, yes, this is. I was really planning to share a few of impression of mine for this VN, entitled かたわ少女 — Katawa Shoujo, I read, after attain 100% completion. Basically, 100% here means bad ending is bitter accomplishment required to experience. It can’t be helped, really. The most unfortunate part of this VN is that no voice fill in the characters. Yea, too bad, except for Shizune since she doesn’t speak.Continue reading“Ｄｉｓａｂｌｅｄ 「かたわ少女」”

My new order arrived.
I thought this was lost since the office worker in the apartment’s lobby said there’s no package for me despite the tracker said it’d been delivered. I went blank and felt doomed.
Continue reading“Ｒｅｗｒｉｔｅ: Metal Chara Strap Hands-on!”

Just got it recently, iPhone 4 chara case: Nakatsu Shizuru.
This is the most cute chara I’ve ever seen and yet, so adorable.
Well, thanks God I made it since I order it one day before it really went sold out.

Decided to post this while I didn’t find any appropriate English guide anywhere else.
Japanese walkthrough here.

Read more below for English guide

Really.. i compare these all 6 artworks of アマガ三SS and i found it really awesome and perfect. Let’s see.. 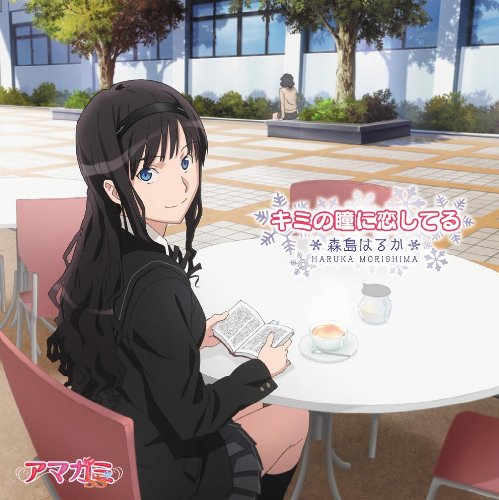 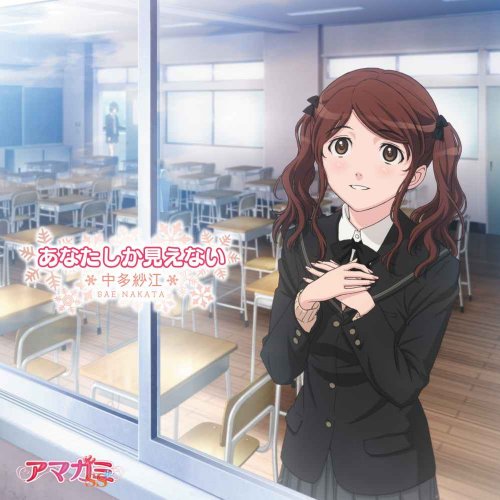 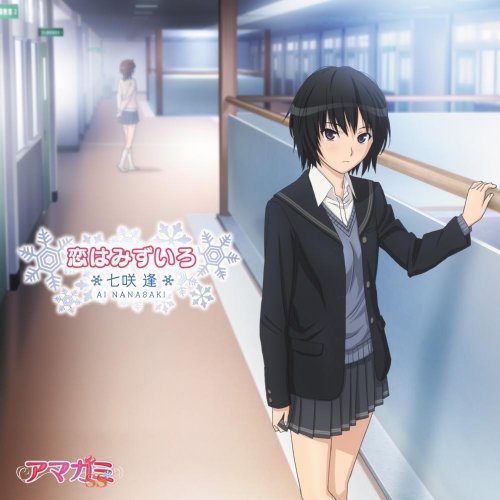 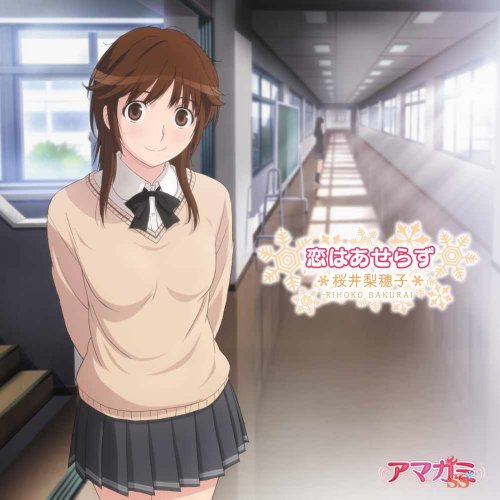 Those all 6 of them. The first one is Morishima Haruka, as you can see it with no trouble, the heroine in the next arc of it, Tanamachi Kaoru, sit under the tree behind her. Then, on the Tanamachi Kaoru artwork, there is Nakata Sae in the next arc, standing watching towards outside of the classroom through the window on the second floor.
The third one, Nakata Sae artwork, Nanasaki Ai who stand outside of that classroom is seen through the door.
It’s Sakurai Rihoko behind Nanasaki  and behind Rihoko herself, Ayatsuji Tsukasa, standing near the window which Morishima could be seen through it.

Such details, an area of a school and a circle of place is made so all of them visually connected. So cool, i say. It must be hard to make a design like this, the position has to be estimated so it would just show two person at one image, arrange them so they are placed at the right point. An airhead surely screwed up to make this kind of setting. And these artworks totally make me calm somehow. It’s so nice and don’t show any gloomy part, i mean all of it have bright shine.
Seeing at whole of the area, i realize it’s the same like in the anime itself.
Ahh… too superb. Especially for the views on the artworks background of Nanasaki and Tsukasa. Such a nice school and speaking of it, many schools in anime world sure are pleasant, pretty, and beautiful (sucks real world). I believe there is no school in real which is as perfect as anime world. Pathetic… This real is too much consumed by money and knowledge. Neverending works and curiosity. Meh.., circulation of karma is exist anyway, hard work — big in return, and vice versa.

Nah’, enough for today, i’m out of time. What i’ll say is アマガ三SS is so cool, ahh… just 2 more episodes and it’ll be over. Too bad, i haven’t seen any new anime catch my eyes at the time being. Just seeing the pv, saw the graphic, sure is many of them have no interest at all. The World God Only Knows also doesn’t give a full season of theirs and i have to wait for 4 months for the 2nd season (crap, that’s too long).

‘sigh’ oh well, i have too search something as great as my top 3 anime, 神のみぞ知るセカイ、Fortune Arterial ～赤い約束～、and unexpectedly アマガ三SS — or else, i might die watching craps with no meaning.